This week I managed to identify where I’m going with this project. Looking and examining at twitch I’ve identified within Twitch there are a great deal of anomalies that occur, some of these ‘quirks’ that occur on webcam and off the webcam where the interaction between audience and performer becomes obscure from what you might see in reality.
While the actual finished aesthetic of my finished work hasn’t yet been realized I think what I need to do now is experiment a lot with different aesthetics. The actual format for the work however is likely a single screen work.
One element I am considering is the opportunity of using my recent rekindled interest in pixel art to put to use it in this work. 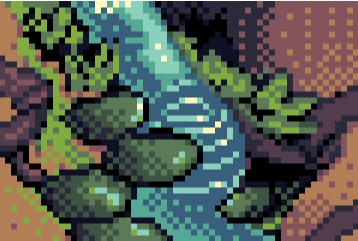 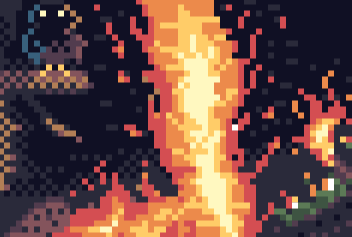 Whether or not I try to incorporate this into my work I haven’t yet decided but I will hopefully be able to experiement further with the medium to add more depth to my work aesthetically.

I have also written my artist statement:

Which Twitch, Is Which?

Which Twitch, Is Which? is an exploration of the anomalies within internet culture, specifically those emerging from popular live-streaming platform Twitch. The exploration uncovers and expresses absurdities and attempts to draw a deep contrast in how the users of Twitch do not detect these as absurdities but instead perceive them as cultural norms like thanking someone serving you or shaking hands after a sporting match. By drawing attention to these unique online behaviours Which Twitch, Is Which? attempts to unveil these webcam obscurities to the public space.

Blake Foggo, is a multimedia and mash-up artist with an interest in internet culture and archival footage. A common theme to his work is obscure cultural differences between reality and internet culture.